With the commencement of our new pupils last week, it has made me reflect upon my route to the Bar. For many graduates who have been unsuccessful, you may be watching your fellow students commence their pupillage with perhaps a sense of envy, disappointment and a tinge of regret. I know the feeling all too well and have been there many times.

I was called to the Bar in 2009. Despite several rounds of pupillage applications, I was not successful and was disheartened. I was adamant however that I wished to work in the law, and this was a career that I would pursue regardless. I started working in a Solicitor’s firm drafting particulars of claims and defences in respect of RTAs. I am forever grateful to that firm for giving me my first job within the law but with a travel of nearly 2 hours it was not sustainable. I left the firm to become a self-employed County Court Advocate. A position I held for 12 years. I was in court everyday on a wide range of civil hearings. I learnt the practicalities of being an advocate and forged good working relationships with local instructing solicitors and the judiciary.

Personally however my life progressed. I got married, had two children and became a foster carer. I bought a business with my Husband but the ‘itch’ to be at the Bar did not go away. This year I applied for pupillage exemption. To my utter surprise and delight, I was granted a full waiver from pupillage and joined Crown Chambers – 13 years after being called to the Bar.

On reflection I have posed the question – was obtaining tenancy later in life a better route for me? On a personal level it has been. Had I gained pupillage and tenancy I would not have been able to support my Husband to establish a successful butchers shop. However more importantly, had I joined the Bar in my 20’s, I have no doubt that with increasing work responsibilities and diminishing time, I would not have become a foster carer. It is, without doubt, one of the most fulfilling and rewarding vocations! I could not imagine not being a foster carer. It has enabled me to bring empathy, compassion, sympathy and patience to my family practice that I would not otherwise have possessed at an early stage in my personal life.

Ultimately the message I would like to convey is it is not the end of the world if you do not obtain pupillage first time around. There are many other routes to the Bar and it is important that one doesn’t see the time spent between education and joining the Bar as a waste of time. Use the time to learn, reflect and live life. You will bring qualities to your practice that are unique that in turn will make you a stronger candidate. Do not give up. I did not and here I am! 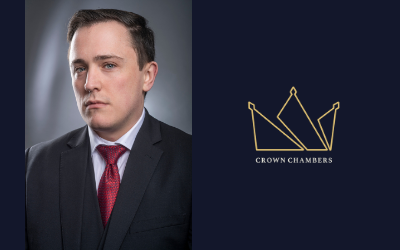 END_OF_DOCUMENT_TOKEN_TO_BE_REPLACED

Pupillage Applications and Dealing with Rejection     Anyone who has been thinking about applying for pupillage for more than 5 minutes...